From Malta to Prague: What Is the Most Crypto-Friendly Travel Destination? 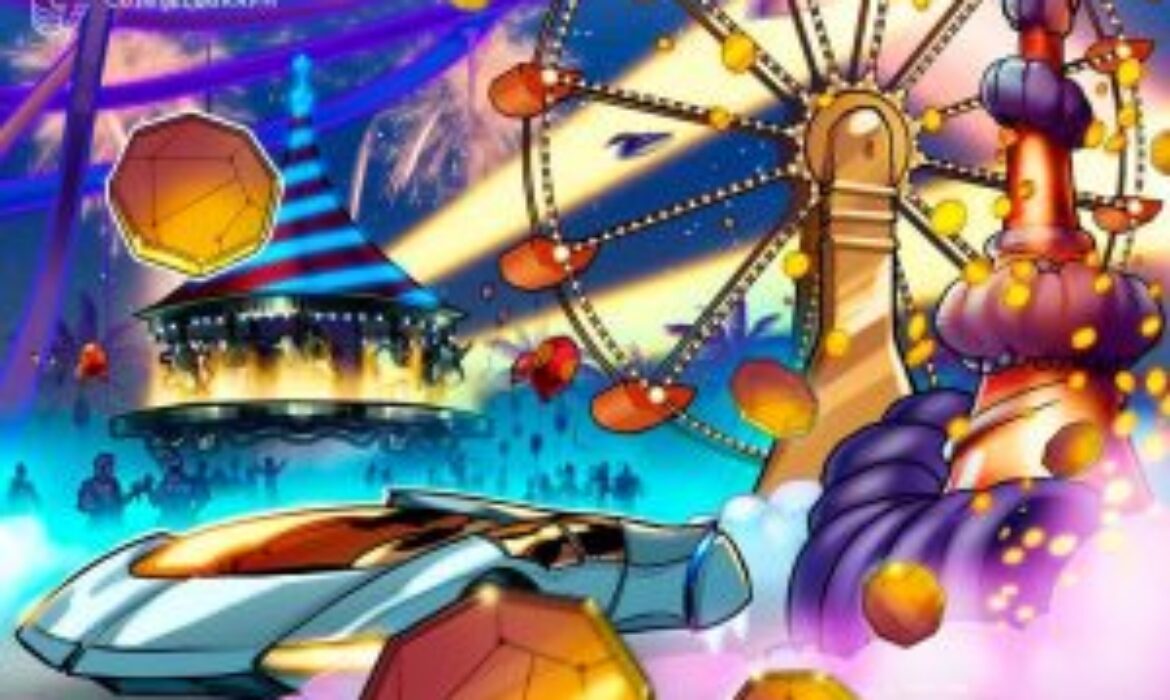 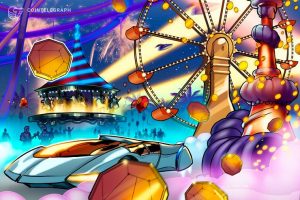 Backed with continuing adoption, crypto holidays have become a reality. At this point, flights and hotels all around the world can be booked with Bitcoin (BTC). Still, some cities are more ready to accept your BTC — and major altcoins — than others, depending on the local infrastructure and crypto-related policies.

According to data from Coinmap, currently there are around 13,150 venues, shops and ATMs supporting Bitcoin on the planet, and that number has been unhesitatingly growing since late 2013. 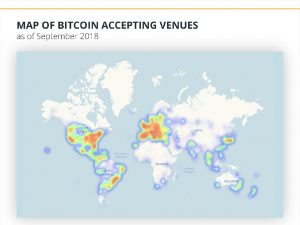 However, as Gili Gershonok, a crypto nomad who deliberately chooses not to have a bank account, told Cointelegraph, ignoring fiat money while travelling becomes more difficult, as all of the crypto prepaid cards she heavily relied on were canceled in early 2018.

“I feel like more and more barriers are being set against folks who dare to have a lifestyle that’s off the financial grid… The process of going crypto-to-cash is getting more complicated, especially for those who prefer to keep their privacy and avoid high fees — both highly prioritized values across the crypto community.”

All of that being said, Gershonok reassured that traveling with BTC is still possible, drawing a parallel between crypto and casual tourists:

“I don’t think there’s a huge difference in the financial behaviors of [the two]. In Prague, I mostly keep to cash, which I can easily withdraw out of one of many crypto ATMs across the city. I try to find crypto payment options for online transactions and as the cliché goes, for everything else — there’s plastic.”

Gershonok advises those who want to try traveling fiat-free for themselves to start with their current location, and keep security in mind:

“Go crypto for a week in your hometown and see what questions and challenges you come across. It would also be advisable to consider some security scenarios, like, what you would do if your phone, laptop, luggage are lost or stolen — and have contingencies in place.”

As the end of the summer nears, here are some of the most crypto-friendly destinations that might be worth trying.

Home to SatoshiLabs, the manufacturer of the Trezor hardware wallet, Prague hosts the most BTC-accepting venues in the world, as per Coinmap data. There, Bitcoin can be used for renting apartments, paying for food and drinks in various bars and restaurants, or even visiting a crypto-friendly cinema. Gershonok confirms that Prague is one of the most comfortable cities for virtual currencies, naming it her personal favorite:

“Businesses with crypto POS and ATMs are not everything [there]. Prague also has a really well-informed, well-connected and active crypto community. I feel like there’s more people here who casually know about cryptocurrencies and blockchain basics than in other places I’ve visited.”

At state level, the Czech Republic leans toward a liberal approach to cryptocurrencies. In 2017, the local central bank declared that virtual currencies don’t represent a threat to the conventional banking system via an announcement dubbed “Don’t be afraid of Bitcoin.” In it, the watchdog argued that fiat currencies are still most suitable for commerce, and the traditional monetary system can’t be marginalized by cryptocurrencies because of crypto’s volatility.

However, by the end of 2017, the Finance Ministry introduced an Anti-Money Laundering  (AML) law partly restricting BTC. The bill requires local crypto exchanges to reveal the identity of customers so that they will no longer be able to “hide behind fake names or nicknames.”

While Ljubljana does not necessarily come to mind when thinking of most crypto-advanced cities, the capital of Slovenia hosts a ‘Bitcoin city’, aptly named BTC city, inside itself — a complex with 500 retail stores spread across 475,000 square meters. A special cryptocurrency transaction system called Elipay is set to be integrated into BTC City after a testing round. Nevertheless, a number of cafes, a water park, sneaker shops, etc., have already begun accepting cryptocurrencies. The prime minister of Slovenia, Dr. Miro Cerar, has reportedly visited and encouraged the concept of BTC City, which also hosts the nation’s largest mining rig. Additionally, there are about 20 BTC-accepting venues in Ljubljana’s city center, according to Coinmap.

There’s no clear regulation for cryptocurrencies in Slovenia at the moment. In 2017, however, the Slovenian Financial Stability Board issued a warning to Slovenians, advising them to be cautious when investing in ICOs and digital currencies, as there are no laws policing those areas.

Nevertheless, local government is clearly interested in blockchain. In October 2017, the government of Slovenia announced its plans to position the country as the leading destination of blockchain technology in the European Union, while also studying the potential applications of the technology in public administration.

In April 2018, the Caribbean Tourism Organization (CTO) teamed up with Barbados-based blockchain startup Bitt Inc. to facilitate “the implementation of more efficient payment processes for tourism-related products and services.” Essentially, CTO wants to explore how cryptocurrencies can improve the local tourist industry, which is one of the main sources of income in the Caribbean, especially after large U.S. banks started to withdraw capital from the region due to the ‘de-risking’ policy. Hugh Riley, the CTO’s secretary general, told local media:

“The Caribbean aims to fully examine the advantages offered by new financial technology… In particular, blockchain financial services have the potential to advance the objectives of specific programs and activities within the tourism sector. The CTO has a responsibility on behalf of our members to fully explore those possibilities.”

While the actual outcome of that collaboration is still intangible, if the Caribbean continues to move in that direction, local beaches might attract an array of crypto entrepreneurs willing to spend their savings there.

“The decision to move closer to a cashless society is in keeping with our overall development strategy, and also that of the ECCB.”

Amsterdam is one of the pioneering cities in terms of virtual currencies. It famously houses the Bitcoin Embassy, a community hub nearby the local sex museum where crypto enthusiasts gather to attend and organize workshops or do social networking in the local cafe. Additionally, there are about 40 more BTC-friendly venues, including a bike rental, among others. The annual Bitfilm festivaldedicated to all things crypto has also been hosted there.

In March, a Dutch court categorized Bitcoin as a “transferable value” after the court ruled in favor of a plaintiff who was owed 0.591 BTC.

In May, the government issued a report which considered cryptocurrency to be broadly “low risk” in relation to financial stability. However, soon after, the Netherlands Authority for the Financial Markets (AFM) questioned whether entities dealing in cryptocurrency had conformed to licensing laws, due to the high risks being involved.

Coinmap shows that there are around 80 crypto-friendly businesses in Tokyo, one of the largest amounts on the planet. For instance, popular conveyor-belt sushi restaurant Numazuko accepts cryptocurrencies, as well as Hackers Bar which hosts live programming sessions, not to count a number of crypto ATMs.

Such openness in regard to cryptocurrencies comes as no surprise considering that Bitcoin and altcoins can be used as a legally-accepted means of payment in Japan. Local watchdogs regulate the industry via thorough AML and Know Your Customer (KYC) compliance checks, while the Japan’s self-regulatory crypto exchange body makes sure to cooperate with the state.

Bitcoin’s popularity in Germany’s capital was highlighted by The Guardian in 2013, back when mainstream culture was dismissing the digital currency as solely a crypto-anarchic tool. In Berlin, Bitcoin can be used not only to drink and eat at local bars and restaurants (more than 50 within the city center area accept crypto), but for more sophisticated things as well — for instance, the European School of Management and Technology located in Berlin has been accepting BTC as a means of payment since December 2016.

Cryptocurrencies are not legal tender in Germany, but they have been recognized as ‘private money’ by the German Finance Ministry since 2013. Interestingly, according to the German Income Tax Act, if investors hold their assets (cryptos) for more than one year, their coins become fully tax exempt, making Germany extra attractive to hodlers.

While Zug may be not as well equipped for usual BTC-financed tourist activities as other cities on the list, it nonetheless represents a historical city for crypto enthusiasts. Proudly championing the title of “Crypto Valley,” Zug is home to numerous blockchain startups. Cryptocurrencies can be used for municipal-related activities, such as paying rent or even registering a company.

In Switzerland, “cryptocurrencies are neither money nor a foreign currency, nor a financial supply for goods and services tax (GST) purposes.” Its unclear legal status, however, does not prevent the government from experimenting with blockchain, like using the technology for municipal voting, for instance.

As soon as you get to Malta, head over to the Bitcoin & Auto Trader located in Qormi to claim your obligatory Lambo with your crypto savings — granted, assuming that you’ve got enough coins, obviously. After that, you can drive to a crypto-friendly sushi restaurant to celebrate the new purchase. While the local infrastructure for BTC use is still somewhat immature, the situation might change soon after more positive regulations are introduced — and there are reasons to suspect they are coming.

In March, the largest crypto exchange in the world, Binance, announced it was moving its headquarters to Malta. In response, Malta’s prime minister, Joseph Muscat, revealed the island’s plan to become the “global trailblazers in the regulation of blockchain-based businesses.”

On July 4, the local government passed three laws that allow companies to issue new cryptocurrencies and trade the existing ones. Most importantly, on that day, Malta became the first country in the world to provide a coherent regulatory framework in the field of blockchain. This week, it continued its path to become the ‘blockchain island,’ as the University of Malta announced a €300,000 blockchain and distributed ledger technology (DLT) scholarship fund in conjunction with the Malta Information Technology Agency (MITA).

San Francisco boasts around 120 crypto-friendly venues, being an internationally-recognized hub for crypto evangelists. There’s the famous Crypto Castle, a mecca for crypto traders dreaming to multiply their investments and join the ranks of crypto millionaires, as well as numerous BTC-accepting businesses. In fact, San Francisco is so advanced in terms of crypto that even a local federal court accepts bail bonds paid in BTC.

Cryptocurrencies are still in an unclear regulatory zone in the U.S., despite being watched by various regulators like the Securities and Exchange Commission (SEC) and Commodity Futures Trading Commission (CFTC), who define digital currencies depending on their purview. Nevertheless, the U.S. has been crafting a blueprint for crypto regulations, granting the rights to trade BTC futures and issuing a special trading license in New York.

Buenos Aires has been unofficially named the capital of Bitcoin in Latin America. It boasts a surprising amount of crypto businesses — around 140, as per Coinmap — being up in the top three along San Francisco and Prague. According to a local crypto-related media outlet, Buenos Aires has a Bitcoin publishing house and a taxi service among businesses accepting BTC. Moreover, individual professionals like photographers, professors, designers, technicians and psychologists have reportedly been accepting crypto for their services there.

Bitcoin’s success in Argentina could be attributed to the inflation of the national currency and manipulated exchange rates — those economic problems led some citizens to decentralized currencies.

he governor of Argentina’s central bank was responsible for proposing the July 2018 deadline for regulatory proposals at the G20 summit in March — however, the date has been postponed until at least October.