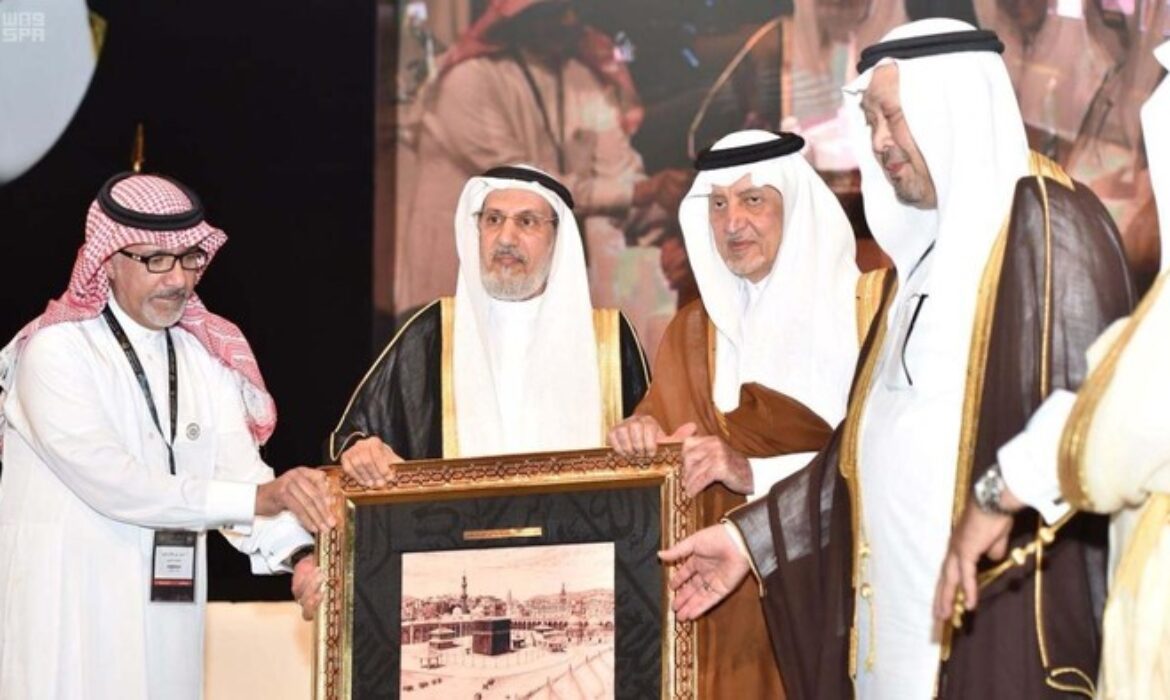 ArabNews – JEDDAH: Makkah Governor Prince Khaled Al-Faisal inaugurated on Tuesday the 18th Scientific Forum of Hajj, Umrah and Visit Research and the accompanying exhibition organized by the Custodian of the Two Holy Mosques Institute for Hajj and Umrah Research at Umm Al-Qura University in Makkah.

Sami bin Yassin Brahmin, dean of the Custodian of the Two Holy Mosques Institute for Hajj and Umrah Research, explained that the forum was part of a series of scientific forums that the institute had been organizing every year since 1422 H (2001).

“The event brings together researchers, experts and officials in the fields of Hajj, Umrah and Visit to share their experiences, researches, studies, and proposals,” he said.
Brahmin said that royal approval had been issued in 1434 H (2012) to combine the Scientific Forum of Hajj Research and the Madinah Research Forum to produce one forum, the Scientific Forum of Hajj, Umrah and Visit Research, which is held annually under the patronage of King Salman.

“This year, the forum’s organizing committee has received 140 scientific papers, 57 of which have been accepted,” he said, and “11 of the accepted scientific papers were submitted by the government, civil, and academic bodies.”

During six sessions, topics discussed will include the future of Hajj and Umrah services in light of Vision 2030, technical and media studies, engineering studies, environmental and health studies, achievements and initiatives that serve the guests of Makkah and Madinah, and administrative and social studies.

Abdullah Omar Bahasin Bafil, rector of Umm Al-Qura University, said that the forum was evidence of the Saudi government’s efforts to serve the visitors of Makkah and Madinah.
“These studies and worksheets presented by the forum this year, as well as the ones presented during previous forums, will contribute directly to achieving the goals of Vision 2030 by increasing the capacity to welcome more visitors to the holy places in Makkah and Madinah,” he said.

“The institute secured last year several strategic partnerships with the Vision 2030 Achievement Office in the Ministry of Hajj and Umrah, the Ministry of Tourism and others to develop quality initiatives,” he said.