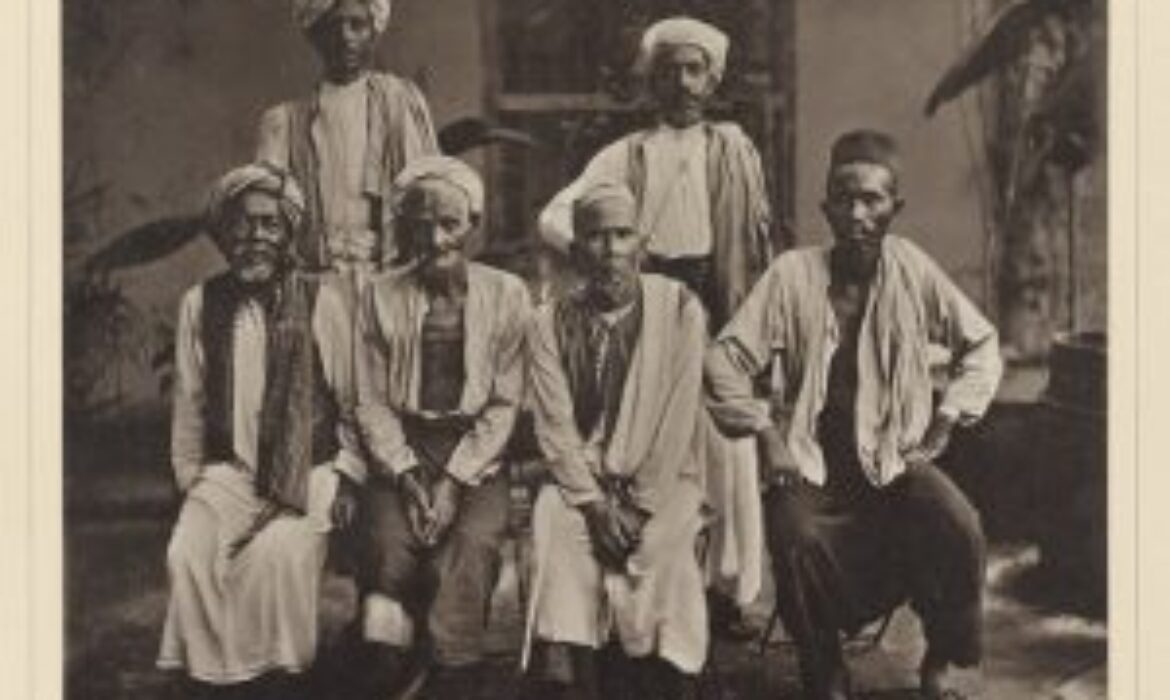 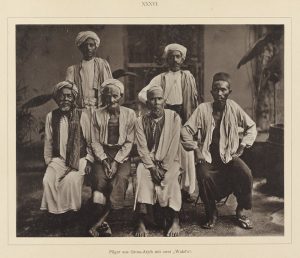 From the mid-19th century onward, photography began to play an immense role in relation to the history of the hajj. This was the case because for the first time ever, the pilgrimage, the pilgrims, and the holy cities themselves could be documented in the form of accurate, realistic and reproducible images.

Muhammad Sadiq Bey
Visual recordings of the hajj and of the cities of Mecca and Medina through photographs first started with Egyptian army engineer and surveyor Muhammad Sadiq Bey. He travelled to Arabia in 1861 and took with him a so-called “wet-plate collodion camera,” a photographing technique that was invented in the 1850s that utilized glass plate negatives.

“Camping at Mina, near Mecca” by Muhammad Sadiq Bey
2 Sadiq-Bey-The-Mala-cemetery 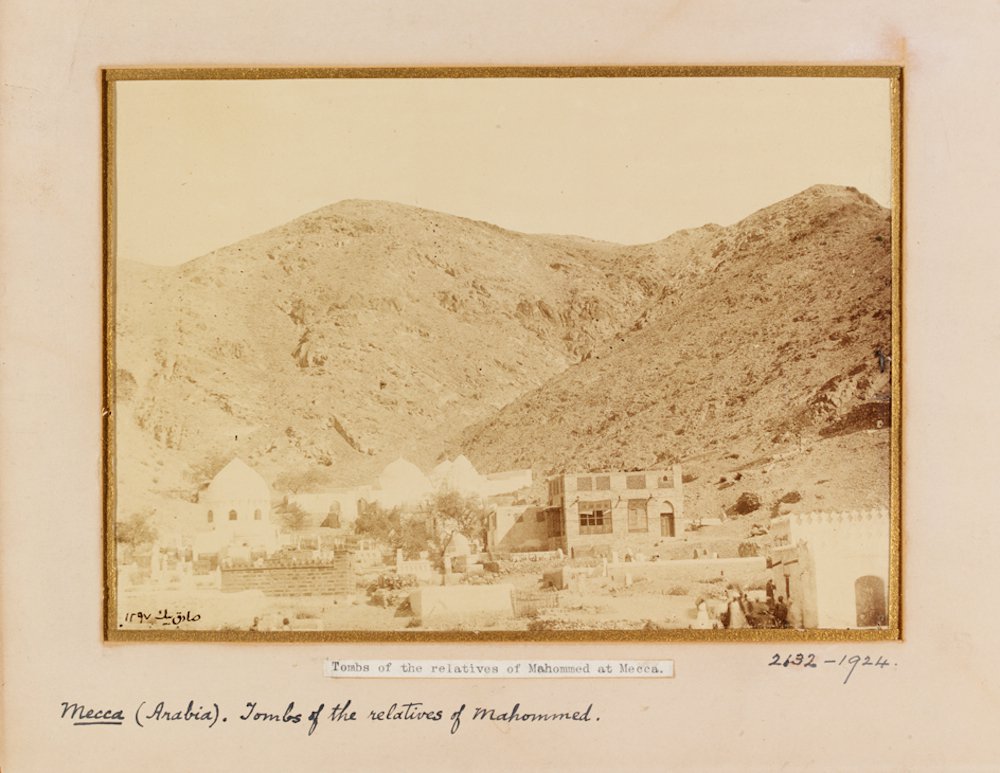 “Mecca (Arabia). Tombs of the Relatives of Mohammed” by Muhammad Sadiq Bey

Sadiq Bey returned to the Hijaz, a region in the west of today’s Saudi Arabia, and there he took photographs of buildings and of their interiors in Mecca and Medina, as well as of important officials in Mecca. He was also able to take panoramic photographs of the holy mosque from multiple angles. Arabic and European magazines showed a lot of interest in Sadiq Bey’s achievements. He went on to publish several albums and even won prestigious awards for his work. 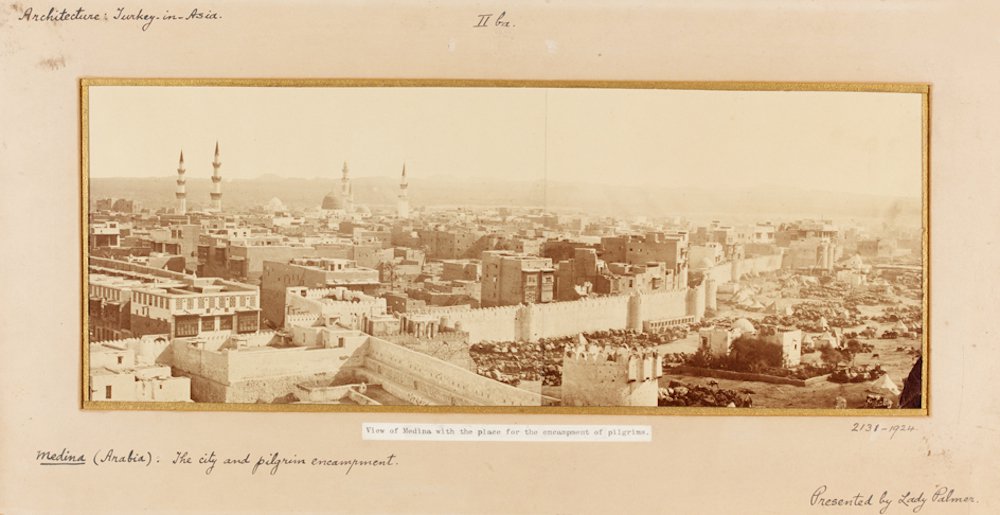 Hurgonje arrived on the Arabian Peninsula in 1884 and in 1885 he symbolically took a Muslim name, Abd al Gaffar. It remains uncertain whether he formally converted to Islam but the scholar was a very curious person who had a distinct knowledge of Islam and was fluent in Arabic. All of this allowed him, even as a foreigner, to enter Mecca, a city that was and is of course off limits to non-Muslims.

Hurgonje would spend five intense months living and photographing in Mecca, where he also “circled the Kaaba, kissed the Black Stone and drank the holy water of Zam Zam.” 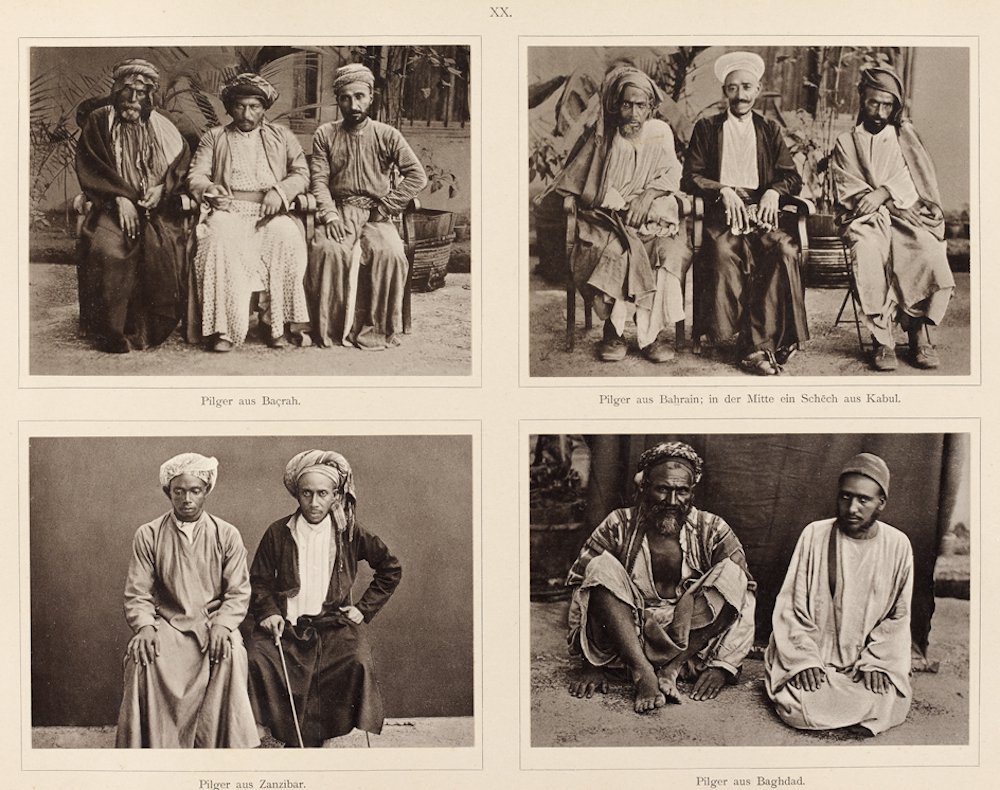 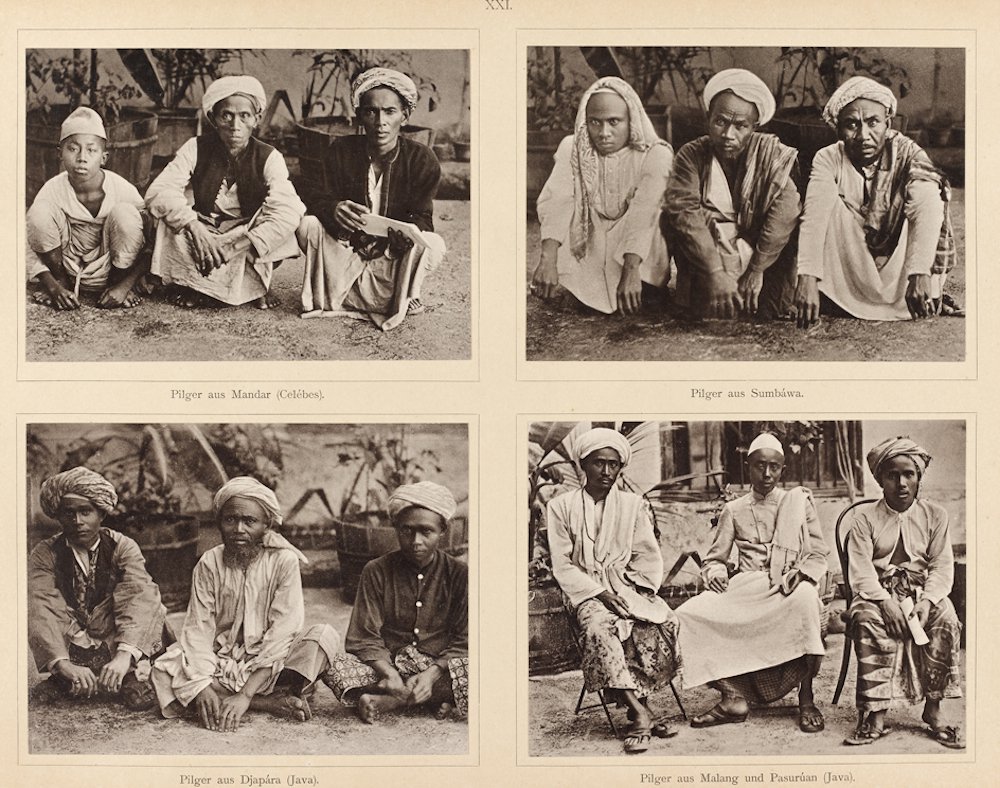 Al-Sayyid ‘Abd Al-Gaffar
In Jeddah, the Dutch scholar met and became friends with a medical doctor from Mecca who just so happened to share the same Arabic name as the one he had adopted, namely ‘Abd al-Gaffar. What they also had in common was their shared fascination for photography.

Al-Gaffar was actually already a practicing photographer when the two met and he enthusiastically offered his new, foreign friend the use of his little studio.

The year was 1885 and Hurgronje in-turn taught the doctor (who was also dentist, watchmaker, and gunsmith) everything new knew about the newest photography techniques. The two men soon began collaborating with one another and this meant everything from struggling with the heavy camera equipment to working on their negatives in a portable darkroom.

When Hurgronje was forced to abruptly leave Arabia for diplomatic reasons, he gifted his photography equipment to Al-Gaffar. The two men remained in contact and between 1986–89 the doctor took more than two hundred and fifty photographs of Islam’s holiest city and its residents as well as the first photographs of pilgrims participating in the Hajj.
7 Ghaffar 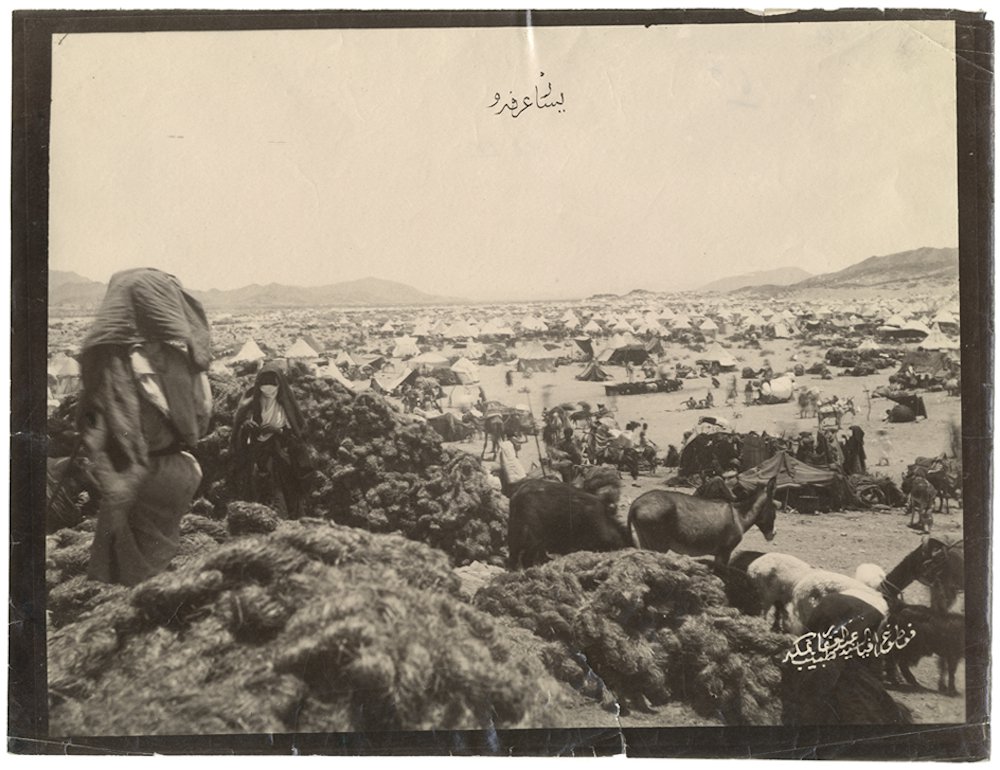 Al-Gaffar would continue to send his work to Holland, where it was heavily edited (Hurgronje removed the backgrounds and inscriptions of the pictures) and published alongside the work of Hurgronje. Until fairly recently, it was still assumed that these photographs were the work of the Dutchman only but scientific research has since shown this was not the case. This is why Al-Gaffar is now recognized as the very first Meccan photographer.

Today, Dr. Al-Sayyid ‘Abd al-Ghaffar is considered the first known Arabian photographer who took the first pictures of the holy cities and of the great pilgrimage, because, after all, Mohammed Sadiq Bey was Egyptian and Hurgronje was Dutch. Al-Ghaffar is also the first resident of Mecca to photograph Mecca.
8 Ghaffar 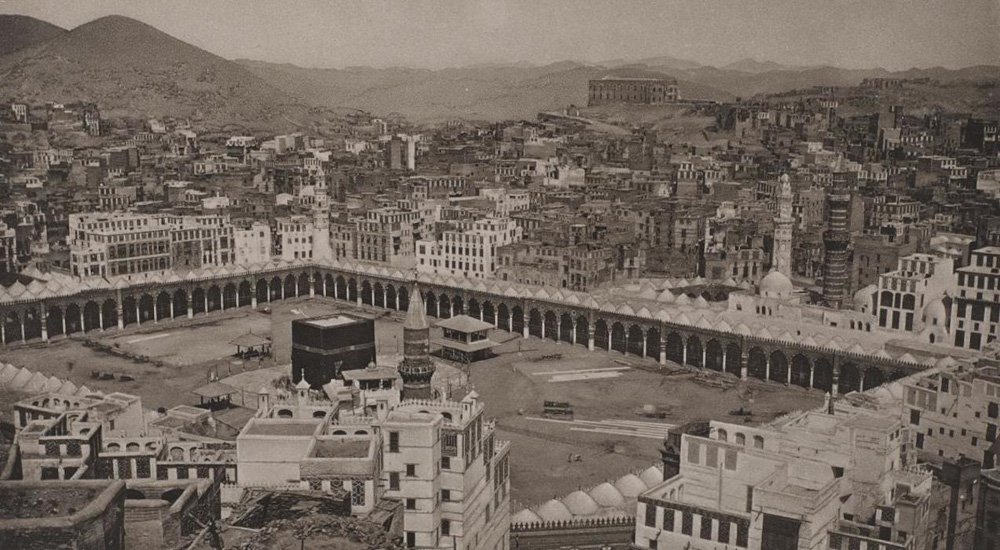 Scholars say of his work it speaks for itself because the photographs of Al-Ghaffar provide an alternative view to the more common and staged Orientalist scenes that were popular at the time.

He showed Mecca and Medina the way only a local can know it and thanks to him, we also have true records of what the hajj was like back then. We also have pictures like this one, an important photograph of Mecca and Islam’s holiest site that “represents a milestone in the photographic history of the Middle East”:
10 Photograph of the Kaaba and Mecca 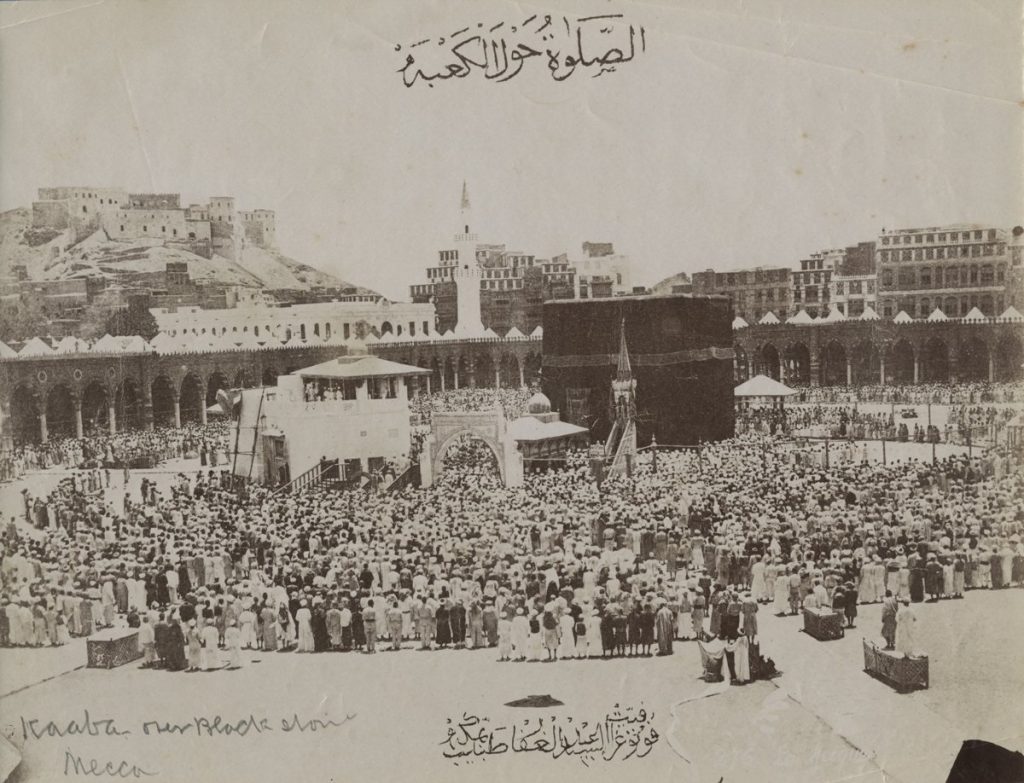 [Sources: The archive of the Qatar Digital Library and therein the article “‘Abd al-Ghaffār: The first Meccan Photographer” by Anna Canby Monk, the entry on the “Pioneering Photographer of Mecca” on the website of the 19th Century Rare Book & Photograph Shop, the article “Photographers of the Hajj” by the British Museum, and the article “Mecca as it appeared 125 years ago” by Lizette van Hecke for The National.]
BY ALEXANDRA STOCK
Share 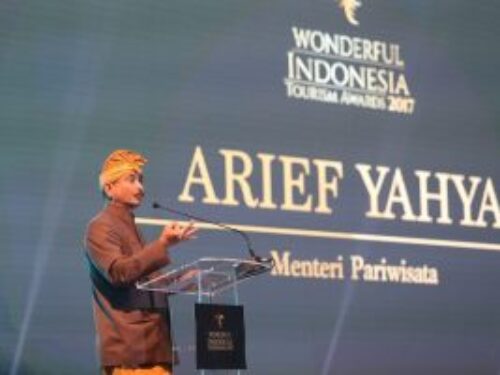