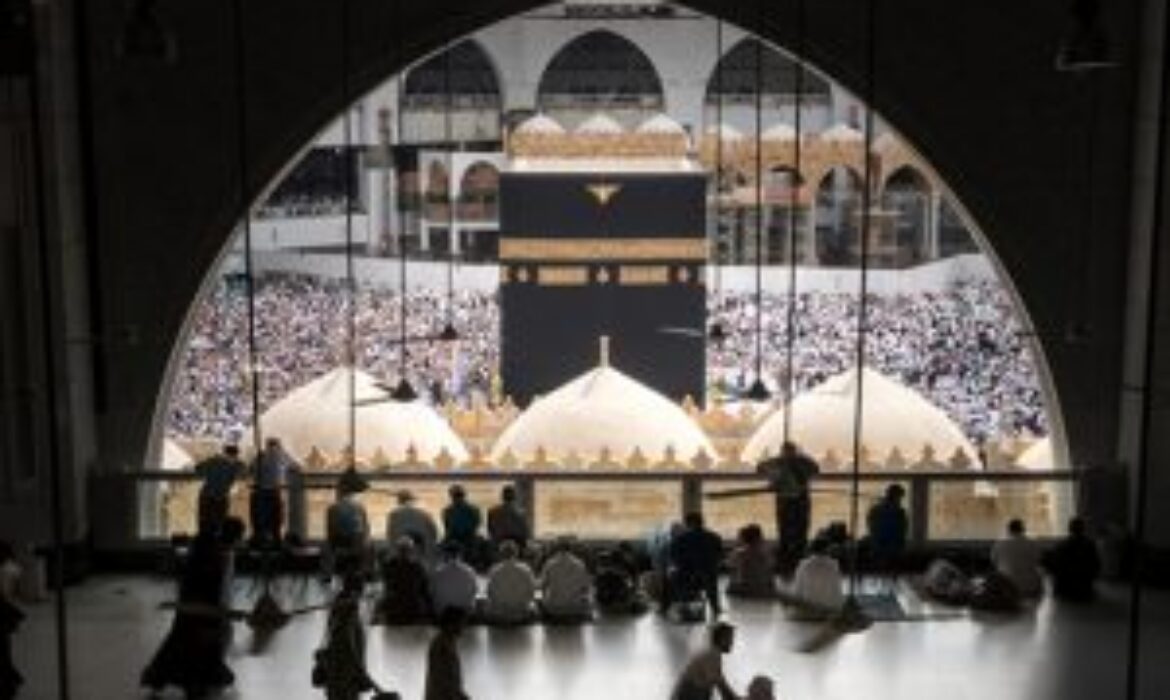 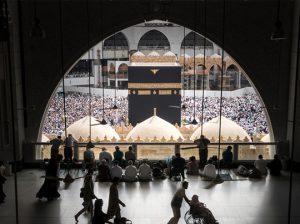 Two million Muslims gather in Saudi Arabia this week for the hajj as the annual pilgrimage becomes increasingly hi-tech with apps to help the faithful navigate Islam’s holiest sites.

This year the hajj comes with the ultra-conservative kingdom witnessing an unprecedented pace of change, finally ending a ban on women driving while remaining firm in the face of any dissent.

One of the five pillars of the world’s fastest-growing religion, the hajj is expected to draw two million people from around the globe this year.

By Thursday, more than 1.6 million people had already arrived in Saudi Arabia for the pilgrimage, which runs from Sunday to Friday.

Thousands could be seen arriving in Mecca, with groups from different countries wearing distinct colours to set them apart.

Some pilgrims pushed their elderly relatives on wheelchairs while others stopped to call family members back home on video chat or buy ice cream as temperatures soared above 40 degrees Celsius (104 Fahrenheit).

For many, it is their first time away from home.

Every Muslim is required to complete the hajj at least once in their lifetime if they have the means to do so.

Many were visibly moved to be so close to Islam’s holiest site — the Kaaba, a black masonry cube in the centre of Mecca’s Grand Mosque.

“I feel as light as a feather,” said Senegalese Fame Diouf, who travelled from Amsterdam. Laughing, she recounted the story of how she couldn’t stop crying near the Kaaba.

“This was my dream from childhood,” said Raja Amjad Hussein, who made the trip to Mecca from Pakistan.

“For many Muslims this is the big, the biggest, dream of life, to see Kaaba and pray for yourself and the whole Muslim nation.”

No matter their race or nationality, for every pilgrim hajj begins with “ihram”, the donning of an all-white outfit.

For men, this is a seamless tunic worn over baggy pants; for women, a loose dress with only the face and hands exposed.

Pilgrims then perform rituals around the Kaaba and on the Mount Arafat plain east of Mecca.

The hajj ends with Eid al-Adha, a three-day feast which starts with the “stoning of the devil”.

Eid al-Adha also includes the slaughter of sheep, with the meat distributed to Muslims in need. The ritual symbolises Abraham’s willingness to sacrifice his son, Ishmael, on the order of God.

The hajj presents the Saudi authorities with major logistical challenges.

The Pew Research Center says the number of Muslims in the world is expected to rise from 1.8 billion in 2015 to three billion in 2060.

This year, the Saudis have launched a “smart hajj” initiative, with apps to help pilgrims with everything from travel plans to medical care.

Authorities are able to locate those in need through the app.

The Saudi hajj ministry also runs the Manasikana app, which provides translation for pilgrims who do not speak Arabic or English.

The 2018 pilgrimage comes amid a widening crackdown on political dissent in Saudi Arabia, an absolute monarchy aggressively pursuing a campaign to clean up its image as one of the world’s most restrictive countries.

It also comes more than a year into the worst political crisis to grip the Gulf, pitting regional heavyweights Saudi Arabia and Qatar against one another.

Saudi Arabia — the world’s largest exporter of oil — and its allies accuse Qatar of cosying up to both Sunni Islamist extremists and Shiite Iran, Riyadh’s greatest rival.

They have cut all ties with Qatar and banned all flights to and from Doha. Qatar denies the charges.

Qatari pilgrims are still permitted into Saudi Arabia for hajj.

Iranian pilgrims are also in attendance this year. Tehran had temporarily suspended sending its citizens to hajj following a 2015 stampede that left around 2,300 pilgrims dead, including hundreds of Iranians.

Saudi Arabia has drawn harsh criticism for a crackdown on political dissent since the appointment last year of Crown Prince Mohammed bin Salman, whose modernisation campaign has grabbed headlines around the world.

More than a dozen women’s rights campaigners were detained and accused of undermining national security and collaborating with enemies of the state in recent weeks.