Projection: Egypt to Witness 80 Percent Increase in British Tourists by End of Year 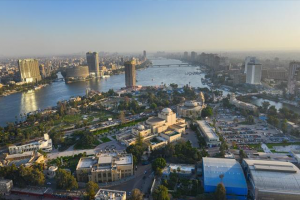 The British newspaper The Guardian revealed on Friday that British tour operators have revealed an increase in non-European tour bookings, led by Egypt, expecting an 80% increase in British tourism to Egypt by the end of this year.

Meanwhile, Thomas Cook explained that it now has the largest number of customers returning to Egypt, which helps in making Egypt a “great destination in the summer of 2018.”

The report pointed out that reservations to Egypt exceeded expectations, which led Thomas Cook Airways to increase the number of flights to the preferred destination to 11 flights per week this summer.

Commenting on this, tourism experts told Daily News Egypt that they could not expect a percentage for the British tourism increase in Egypt, unless the UK abandons its ban on flights to Sharm El-Sheikh.

For his part, Elhamy El-Zayat, the former head of Egypt’s Federation of Tourism Chambers, told DNE that before the 2011 revolution, Russian tourists were ranked number one in the touristic map of Egypt, followed by British and German tourists.

He explained that after the revolution, tourism in Egypt suffered a devastating blow, especially when a Russian passenger plane crashed in Sinai in late October 2015 and all its passengers were killed.

Notably, following the plane crash, Russia imposed a travel ban on Egypt, while the UK suspended all flights to Sharm El-Sheikh amid concerns over the airport’s security practices, banning travel to Sinai.

In January 2018, the Russian government gave permission for flights to resume to Egypt after a two-year hiatus, and Russian flights returned to Cairo in April. On the other hand, the UK is still imposing bans on travel to Sinai, and hence tourism to Sharm El-Sheikh is very limited.

El-Zayat said that the revenues of Russian tourism to Egypt before the 2011 revolution stood at about EGP 3m, while the British tourism revenues reached about EGP 1.5bn.

He added that in order to return British tourism to Egypt again, the government has to launch a marketing campaign for tourism in Egypt.

Agreeing with El-Zayat, Adel Abdel Razek, a member of the Egyptian Federation for Tourist Chambers, told DNE that in order to retrieve British tourism to Egypt by a high percentage as it was, the government should launch a marketing campaign, assuring that the touristic office in London should cooperate with the government to promote tourism to Egypt through making British people who have never visited Egypt before more aware about the difference between North Sinai and Sharm El-Sheikh, explaining to them that Sharm El-Sheikh is far from the issues of North Sinai and that it is safe.

In addition, the government should use non-traditional ways in promoting tourism.

He explained that the return of British tourism to Egypt is very important economically, as their tourists’ average spending is higher than that of the Eastern European countries, who just stay at the hotels, while British tourists spend a lot as they partake in many activities.

El-Zayat continued that Egypt is considered among the cheapest countries in terms of tourism, explaining that British tourists come to Marsa Allam, Hurgahda, Luxor, and Aswan, spending a week at any of the aforementioned places at a very cheap cost of roughly £200.