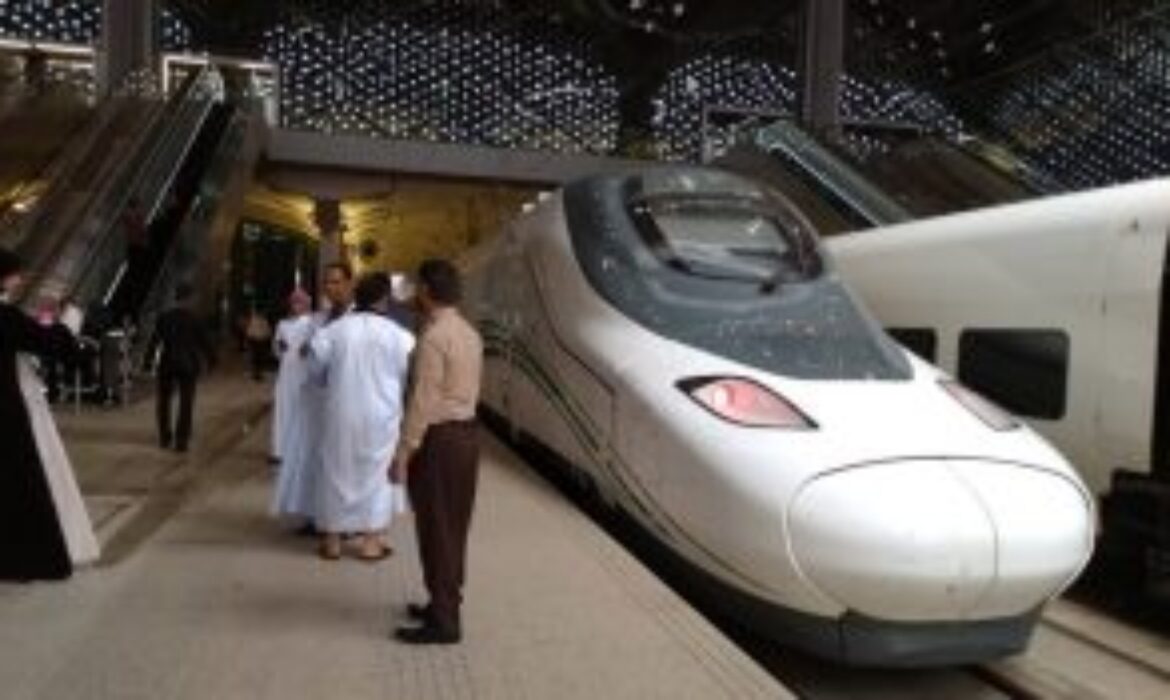 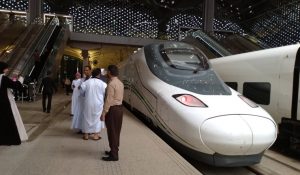 The newly built railway station, an hour’s drive out of Saudi Arabia’s commercial hub of Jeddah, can rival any world-class airport in terms of modernity and architecture. The station is a link in the Haramain High Speed Railway connecting Mecca and Medina, the two most important holy places for Muslims.

The high-speed train service connecting Mecca and Medina, with a stop in Jeddah, was launched on October 11, 2018, with the aim of making the travel of pilgrims between the two holy sites much smoother and faster than before. The train, which is capable of clocking a speed of 300kmph, covers a distance of 450km in around two hours.

According to officials of the Haramain High Speed Railway, more than 1,18,000 passengers have travelled on the train since its launch in October, and it is fully booked for the coming four months.

Currently, the train, which can carry 417 passengers at a time, makes eight daily trips between Mecca and Medina, and it runs on four days of the week—Thursday to Sunday. In view of the demand, there are plans to increase the frequency of the train to make it a daily service and to enhance the number of trips made per day. “We eventually plan to make it a daily service, and our aim is to make the frequency one trip every half an hour,” said an official of the railway service.

The train has five business class coaches, and the rest are economy class. The fare for economy class is 150 Saudi Rials (approximately Rs 2,785), and that for a business class seat is 250 Saudi Rials (approximately Rs 4,642). Reservations can be made online or by using the mobile app of the train service. Tickets can also be bought at counters at the train station or can even be booked over phone.

“The high-speed train is a much better option than travelling by road. Our experience in the past has been that we hire taxis at Mecca to take us to Medina and there is a lot of haggling involved, but we end up getting fleeced,” said Aisha Karim, a pilgrim from Karachi, Pakistan. Karim was in Saudi Arabia to perform Umrah in Mecca along with her husband and two daughters.

The high-speed train service is aimed at improving the travel experience of pilgrims to the two holy cities, especially the lakhs of people who come from different parts of the world to Saudi Arabia every year to visit the two holiest sites for Muslims. In 2018, 2.4 million pilgrims are reported to have visited Saudi Arabia to perform the Haj. A total of 1,28,702 pilgrims from India travelled for Haj.