The beautiful places people will be going on holiday in 2019 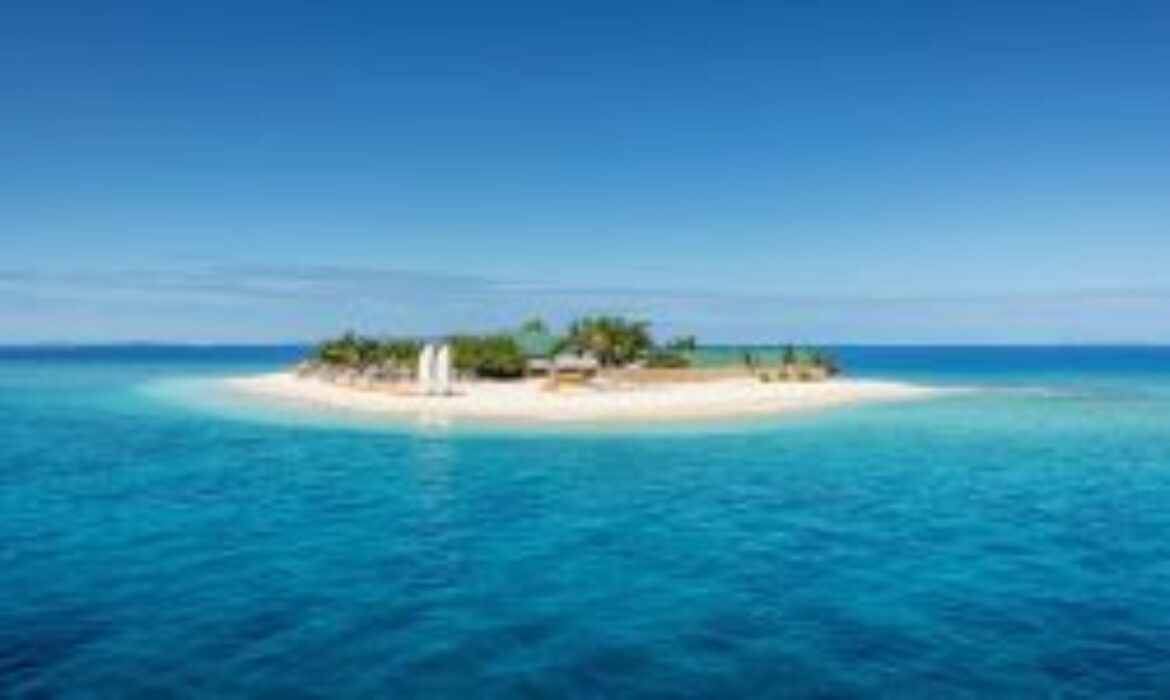 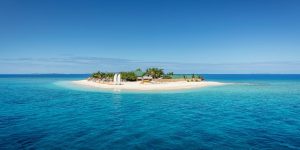 Winter is officially here. The days are shorter, temperature is colder and summer feels both a long time ago and a long way away, which leaves us thinking about one thing: where to go on holiday?

Over the past 12 months, places like southern Italy and Bali have infiltrated our Instagram feeds, whereas the year before, Vietnam, Mykonos and Lisbon definitely had a moment.

To ensure you can stay one step ahead (and bag the most luxe accommodation, while you’re at it), we asked a group of travel experts where everyone will be visiting in 2019. Happy holidays. 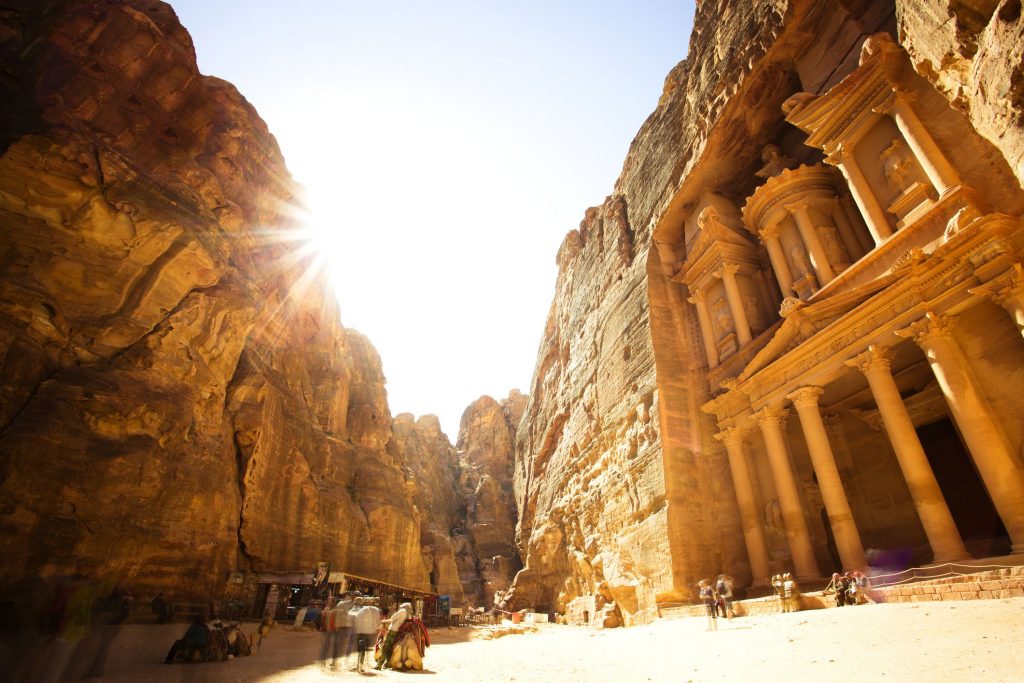 The Middle East country has been touted by a few industry experts as a 2019 hotspot. First stop: the Unesco World Heritage Site of Petra, which trends forecaster WGSN believes will see a visitor spike next year. The fee to enter the archaeological city is $50, which WGSN says has partly helped to make the city a bit safer, leading to more lifestyle influencers heading to the destination. Adventure holidays, which include hiking and sight seeing, are also likely to be a big travel trend, according to Booking.com.
The online booking site surveyed 21,500 people from a range of countries, asking where they plan to take a trip over the next year, and determined the Wadi Rum desert as an emerging destination. Jordan also ranked sixth on Lonely Planet’s Best In Travel list for 2019. 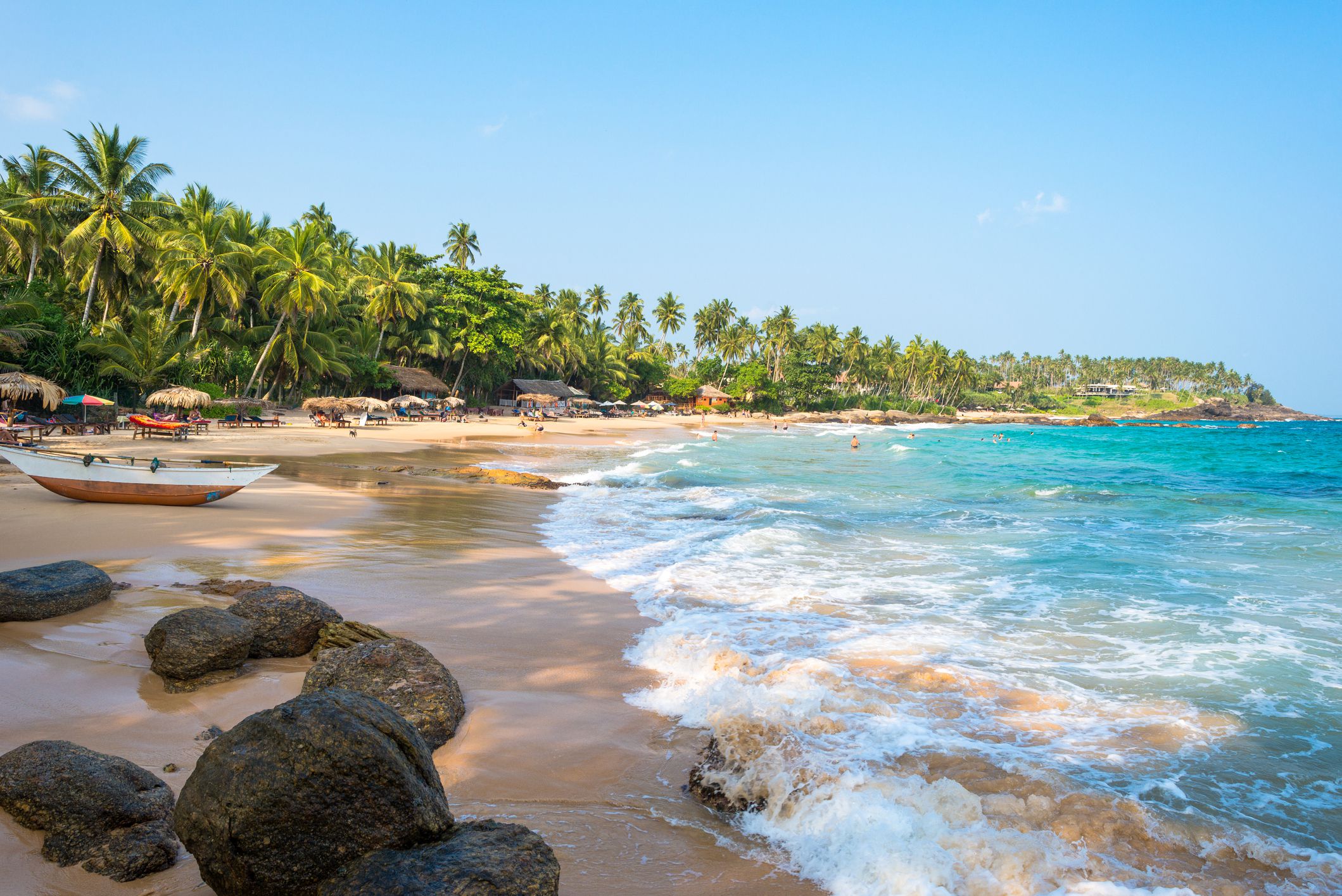 The Indian Ocean destination has been crowned the winning country of Lonely Planet’s Best In Travel for next year.

Following a brutal civil war which ravaged many parts of the country from 1983 to 2009, tourists have been slowly and steadily returning to the region as previously off-limits areas have opened up.

There’s so much to do in the country too. Our Bazaar guide recommends travelling on the famous train ride from Kandy to Ella, climbing Lion’s Rock, heading on a safari, visiting a tea plantation and seeing at least one of the many beautiful beaches. 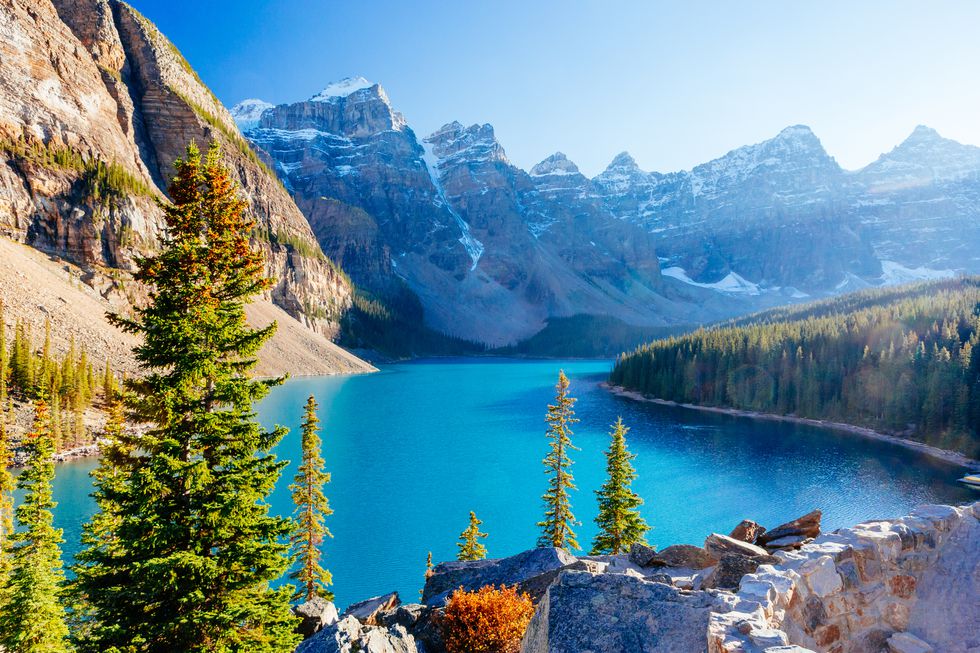 Tour operator Topdeck has seen their Canada Rockies trip become one of their highest sellers as the country grows in popularity among British tourists.

“Not only does Canada have a number of great cities such as Toronto, Montreal and Vancouver that are filled with beautiful cultural spaces and iconic sights but Brits are now flocking to the multiple national parks that are on offer in the country,” the brand’s head of product Saul Burrows told us. “With the growing appetite to experience more active holidays, destinations such as the picture perfect Lake Louise and the stunning Canadian Rockies [where Lake Moraine, pictured, is located] look set to fill our Instagram feeds in 2019.”

WGSN reports that Vancouver, in particular, is set to see a spike in British visitors. “The balance and fusion of urban with the outdoor lifestyle here is unrivalled,” Quentin Humphrey, from City by City Travel said. “Locals jokingly refer to the city as ‘Manhattan with mountains.’ I personally think its one of North America’s most under-rated tourist destinations.” The city is also home to global fashion brands like Lululemon and Herschel. Earlier this year, Off White chose the British Columbian destination to house its largest Canadian flagship store. 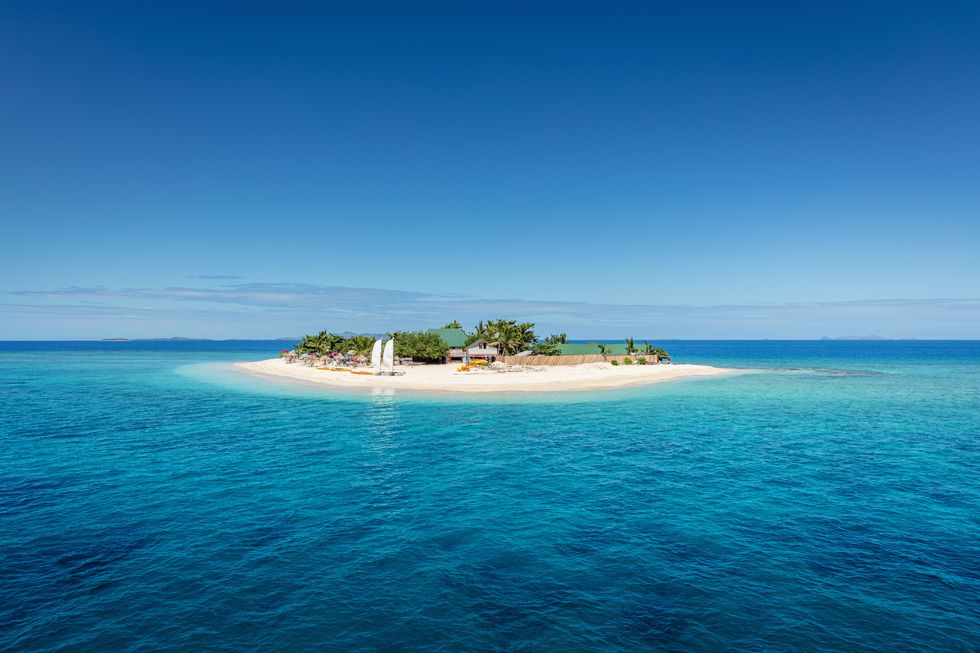 In the few days that the Duke and Duchess of Sussex visited the Pacific nations of Fiji and Tonga on their first official overseas royal tour, Expedia recorded a 95% increase in holiday interest to the region.

Due to this, the Sophia Parviez, head of EMEA communications at the travel booking company, told Harper’s Bazaar they expect to see “more travellers enjoying the unspoiled beaches, dive havens and authentic culture in 2019”. 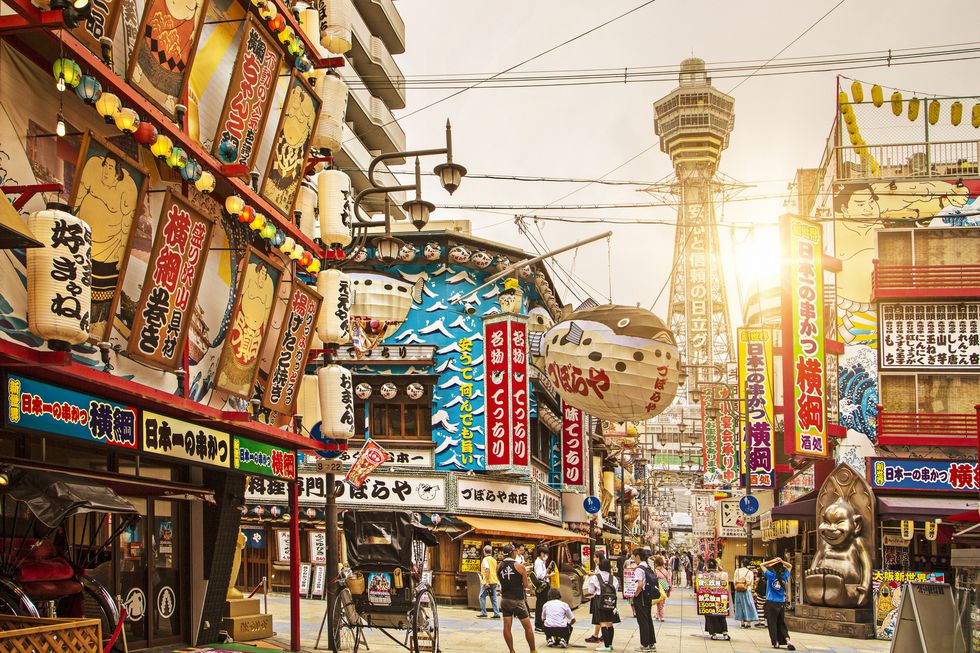 According to Expedia, interest in visiting the city of Osaka has soared by more than 230%, partly aided by new direct British Airways flight routes launching in spring 2019 from London Heathrow. “With attractions such as Universal Studios or the option of taking a 15-minute bullet train to see the temples of Kyoto, Osaka is a hotspot for all types of tastes and ages,” Parviez said. 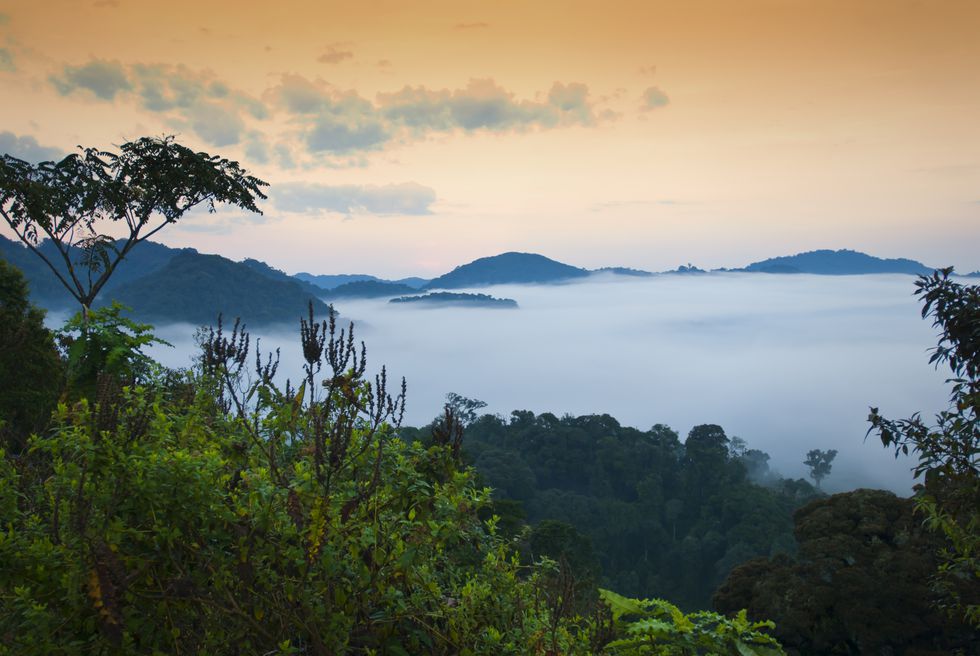 Chris McIntyre, the managing director of tour operator Expert Africa – which specialises in tailor-made safaris and beach holidays to the continent – says the East African country is likely to see more tourists next year.

“There’s a generous sprinkling of luxury properties opening in Rwanda, causing a marked change in the kind of trips we’re arranging there,” he said. “Until 2017 the accommodation options were fairly basic but comfortable. Then, when gorilla permits doubled in cost (they’re now $1,500 pp), a number of sophisticated lodges opened and now we’re mostly putting together high-end trips to luxury camps. The recently-introduced direct flights from Gatwick to Kigali have added to its appeal.”

The capital, Kigali, made the list of where Booking.com users suggested they might like to go in 2019. The company said the country, which was struck by a brutal civil war and genocide in the 1990s, has since become more accessible for travel, with the capital city undergoing “rapid economic transformation in the past 10 years” leading to a booming food scene, markets and nightlife. 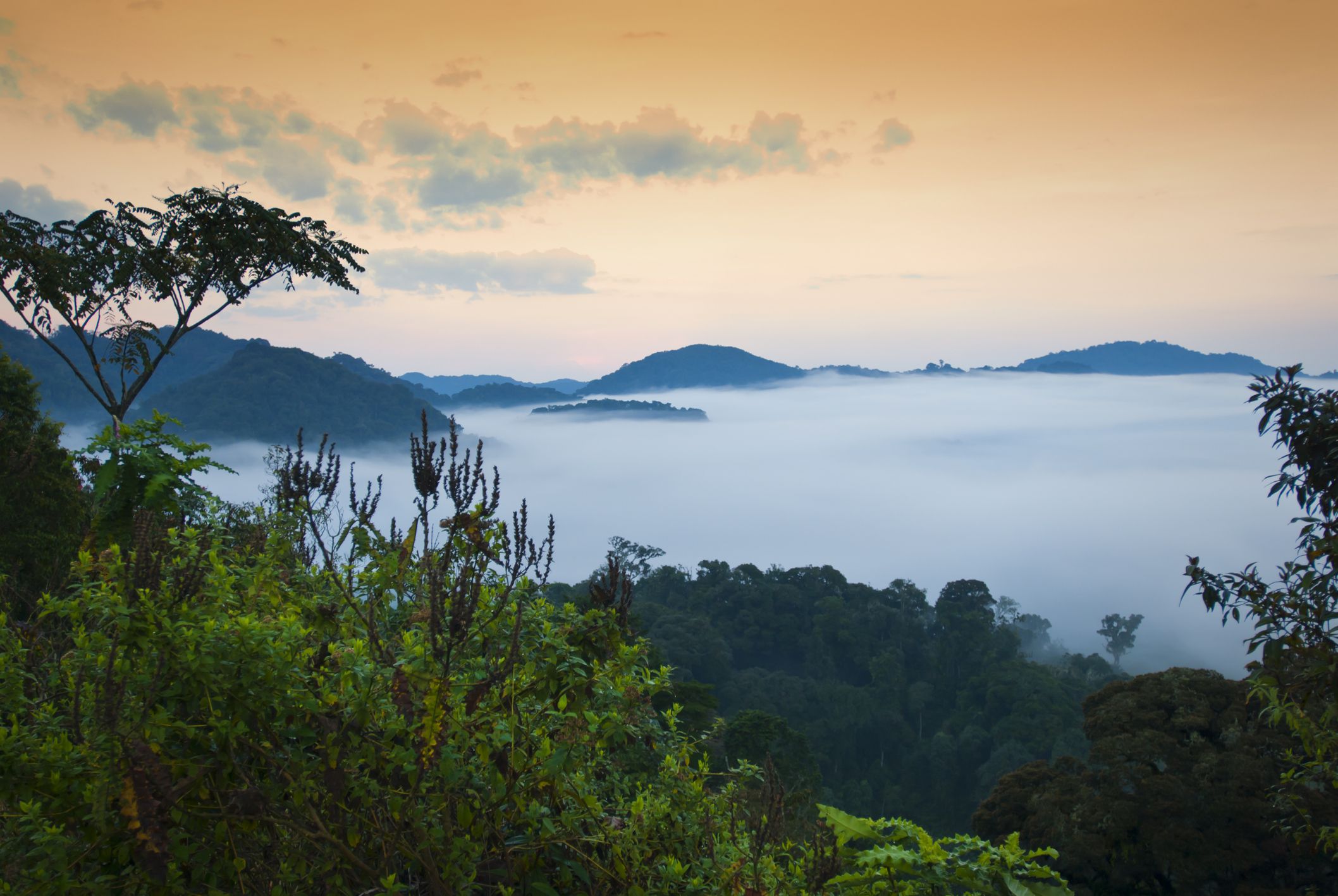 The town, located north of Phoenix, is a volunteer community project which was started in the 1970s to find a sustainable way of living (according to Humphrey, it “marries architecture with ecology” in order to do this). With sustainability being another key travel trend for 2019 as people look to improve their carbon footprint, places like Arcosanti are likely to become more popular.

The Travel Corporation has also said that desert locations of iconic Western films are likely to see resurgence in interest next year as 2019 marks the 50th anniversary of classics like Butch Cassidy and the Sundance Kid and True Grit. 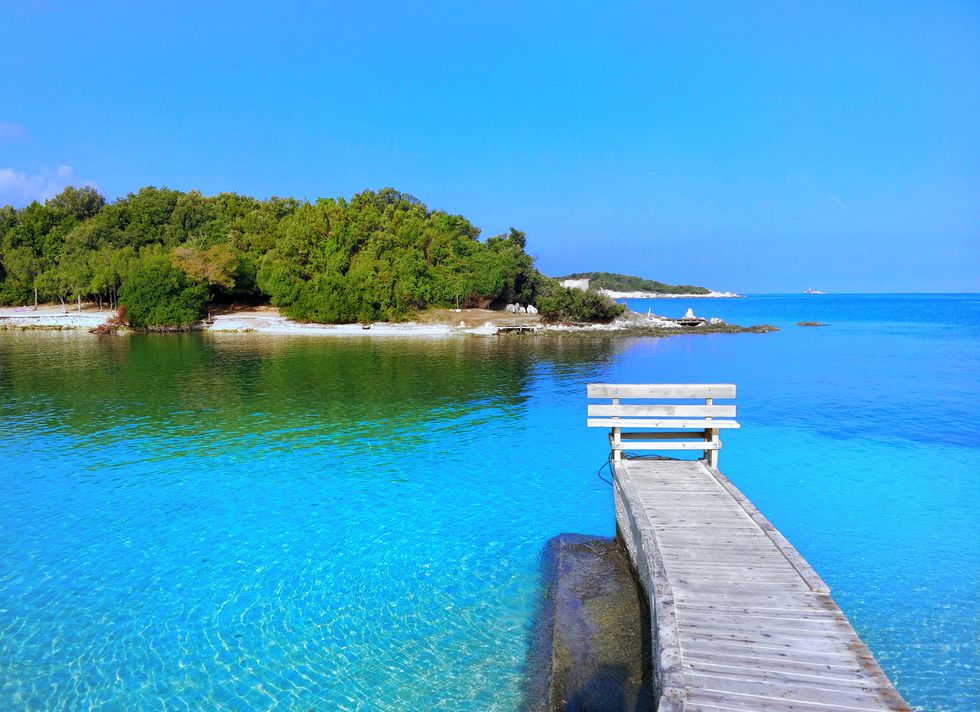 The southern European country has long been in the shadows of neighbouring tourist-attracting countries Greece and Montenegro, however some travel experts are predicting 2019 to be the country’s year.

Booking.com points to the village of Ksamil [pictured], in the south of the country, which it calls a hidden gem. The platform says its users have praised the resort for its seafood and friendly people. The country also made it onto Lonely Planet’s Best In Travel List for Value for 2019 with the guide summarising: “Albania remains a destination where you can hike amid beautiful mountain scenery, stay in tiny and timeless villages and explore the buzzy capital Tirana for far less than pretty much anywhere else in Europe.” Another of the countries Harry and Meghan visited on their royal tour has made our list of popular destinations for 2019. The Luxury Travel Fair recently surveyed 1,500 people and found the place people most wanted to visit was New Zealand.

Catherine Thake, director of the fair, told Harper’s Bazaar that the increased popularity of the country is reflective of a number of emerging travel trends.

“Our research has found that more people enjoy travelling alone but in a safe environment and that’s exactly what New Zealand provides,” she said. “You can also get what feels like completely off the beaten track in New Zealand thanks to the large expanse of space with very few people which is something people love in this digitally obsessed, always switched-on world. Reassuringly for many, this comes with a certain level of luxury that we’ve seen a big demand for – hot spring hotels, world class wine tours, the world’s best golf courses and first-class spas.

Thake noted that travellers are choosing to go from place to place on their holidays and “this couldn’t be easier” in New Zealand, where there are “a plethora of coach trips and hire car companies to choose from”. 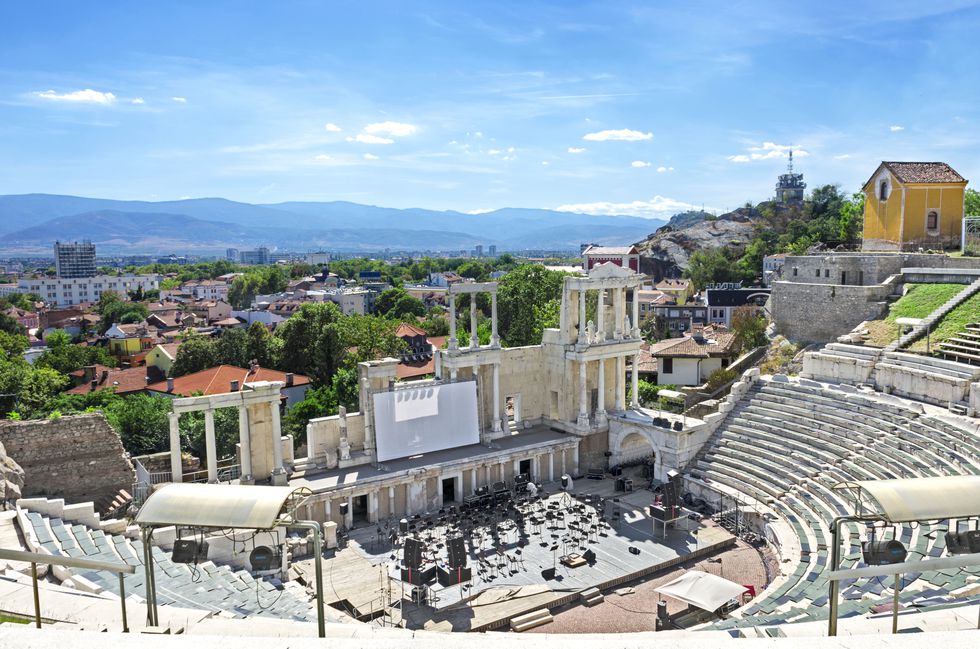 The country has been recognised by ABTA (the Association of British Travel Agents) as a destination to watch next year. The variation in the type of holiday people can choose in the eastern European country is part of the reason of it’s increasing appeal.

There are stunning city breaks on offer, from the capital Sofia or the ancient city of Plovdiv, plus beach resorts along the Black Sea and inland countryside locations. In the winter months, there are affordable skiing destinations like Borovets, Bansko and Pamporovo on offer, too. While Cape Town might be the go-to destination for South Africa, the country’s third largest city, Durban, is set to witness an increase of British travellers following BA’s new direct flights to the city.

As well as great beaches and a revamped waterfront thanks to the 2010 World Cup, ABTA says it’s also the gateway to safari hotspot Hluhluwe-iMfolozi Park where you can expect to tick the big five (elephants, lions, leopards, rhinos and buffalo) off your bucket list. 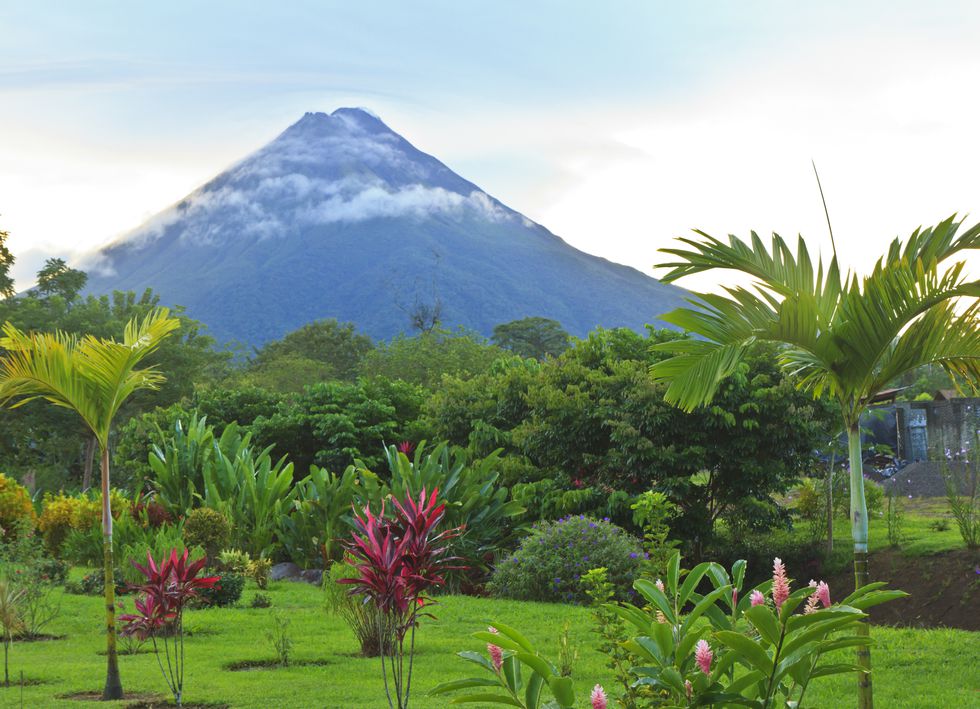 According to ABTA, the premise of being a good tourist is progressively more important to the holidaymaker, with 45% people saying sustainability is a key element when choosing their holiday.

The experts at ABTA attribute this to Costa Rica’s rise in popularity. The central American region is a global leader in conservation and boasts a diverse and intriguing wildlife population. With a direct flight time of less than 12 hours this, along with its reputation for beautiful landscapes and adventure-filled treks and activities, it’s no surprise the country has made the list. 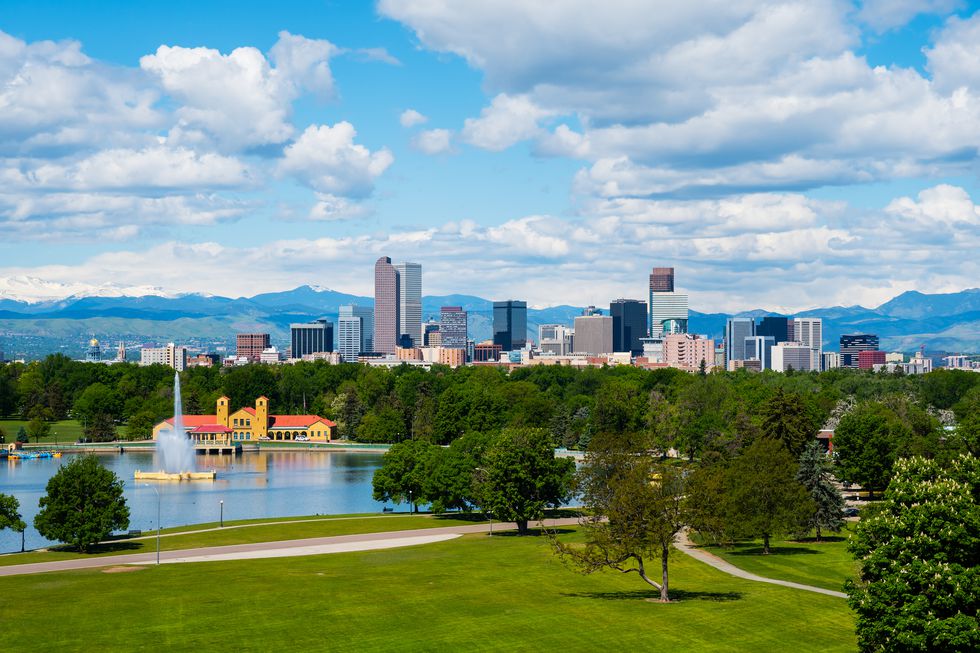 New York, Miami, Los Angeles… Denver? According to the experts at ABTA, the increasingly cosmopolitan city is likely to see a rise in visitors next year.

The Colorado city is garnering a reputation for great restaurants and bars, live music, theatres and museums while also being set against the dramatic backdrop of the Rocky Mountains. The ancient Silk Road route continues to be of fascination for modern day travellers which helps to explain its inclusion on both ABTA and Booking.com’s 2019 must visit countries lists.

ABTA reports that travel to the region has become easier due to relaxed entry requirements (a new electronic visa system is being tested), easier access to currency and improved transport.

Booking.com recommends including the city of Samarkand on your Uzbekistan trip. It’s one of the oldest continuously inhabited cities in Central Asia and it offers beautiful medieval architecture, like Registan Square (pictured). 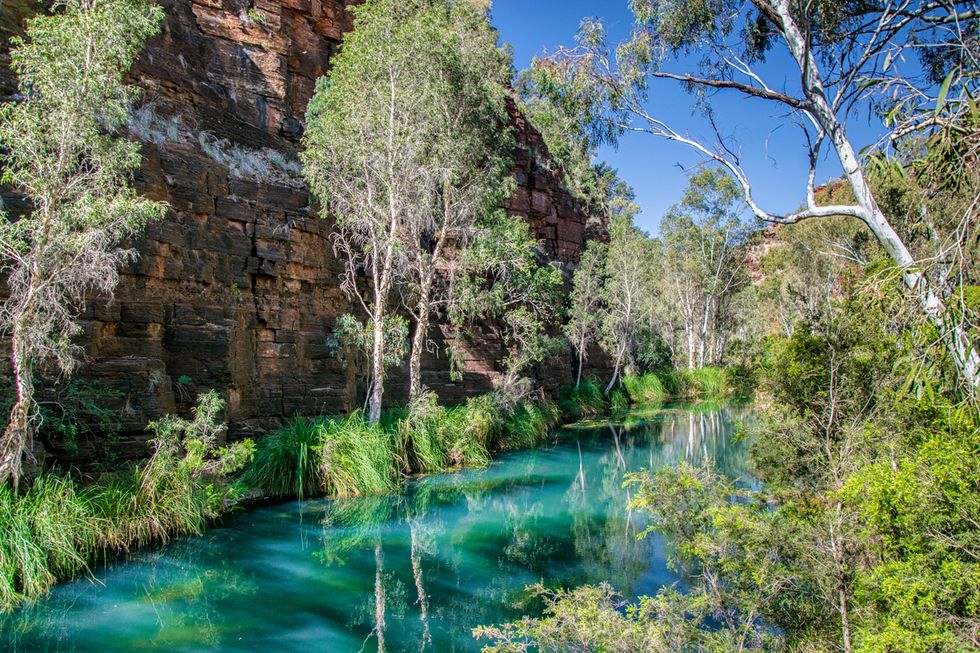 For those put off visiting to Australia due to the lengthy flight time from the UK, travelling to the west of the country is now quicker than ever. It’s thanks to Qantas’ introduction of the 17-hour London-Perth route, which took off for the first time earlier this year.

As well as visiting the vibrant city of Perth, ABTA recommends the seeing the Ningaloo Reef, off the coral coast, as well as a trip to the outback in the north of the state, taking in the the stunning Karijini National Park (pictured).