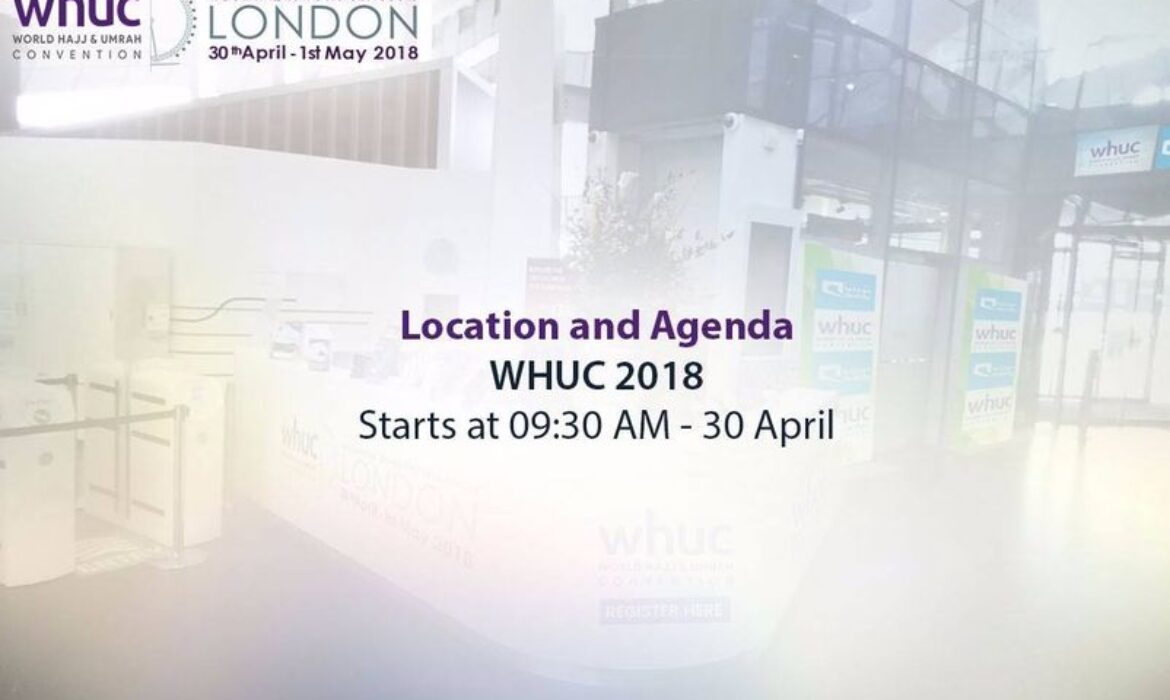 Apr 30 – 15 days ahead of Ramadan, representatives of more than 1 Million Pilgrims convene in London, demonstrating the global achievements advancements made in growing a $16 Billion dollar Hajj and Umrah industry at social, commercial and educational levels.

Government Representative from 10 of the most populous Muslim countries, senior decision makers from 250 leading Hajj and Umrah organisations from 21 counties, working together to develop initiatives to keep in line with the Saudi Vision 2030 enrichment program.

•Britain Hajj and Umrah Sector attracts a large number of foreign investors, Dar El Salam
USA of the first to Launch in 2018.

• Barrie Peach, HM British Consul from Jeddah to address the British Hajj and Umrah for
travel agencies in preparation of Ramadan and Hajj

• Global recognition Awards for exceptional contributors towards the advancement of Hajj and Umrah presented including British Cyclists having cycled from London to Madinah and Film producers with One day in the Haram, an award-winning documentary into the Holy Mosque in Makkah.

• Abdul the Arabian Camel from Oxford shall visit the World Hajj and Umrah Convention. The
WHUC in recognition of the Camel’s role in historically carrying thousands of Pilgrims to the
Pilgrimage. Meet Abdul the Camel between 9.00 am and 13:00pm on the 30th of April,
exclusively for 4 hours only.

Contact Information:
The media is welcome to cover the World Hajj and Umrah Convention, an event that promises to catapult decision-makers in making the necessary reforms to stay up to date with Saudi Vision 2030 and enrich, empower and enhance the lives of Millions of Muslims and Pilgrims across the globe.